I recently had a need for a PowerShell script that would enumerate the fields on a user profile and thought I’d share it as well as point out some minor hurdles I encountered when I tried to run the script. Its important to note this script is for SharePoint 2010. There’s been some pretty major changes to the User Profile Service so I don’t expect this script to work with WSS 3.0 or MOSS 2007. 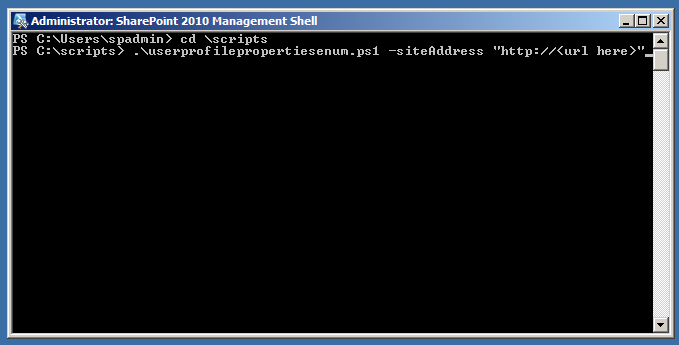 Hopefully the next screen you will see is the following. As you can see in the screenshot the script currently just outputs the ‘DisplayName’ and ‘Name’ of the user profile property. 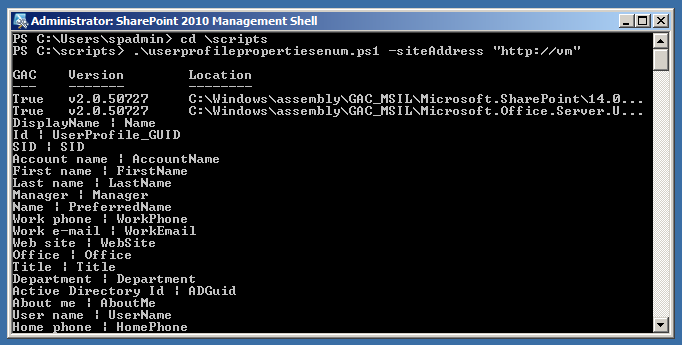 If you encounter the following error instead then it possibly means that the account you’re running the command line under doesn’t have ENOUGH permissions to access the User Profile Service Application. I use the word ‘enough’ because like me the first time, you’re probably thinking that running under a farm administrator account should be enough but there’s some extra permissions you need to set for your farm administrator account. 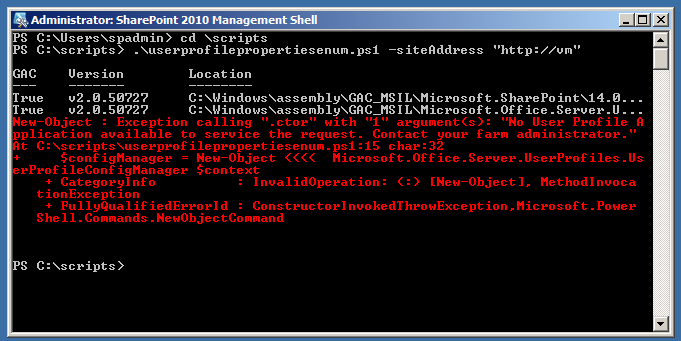 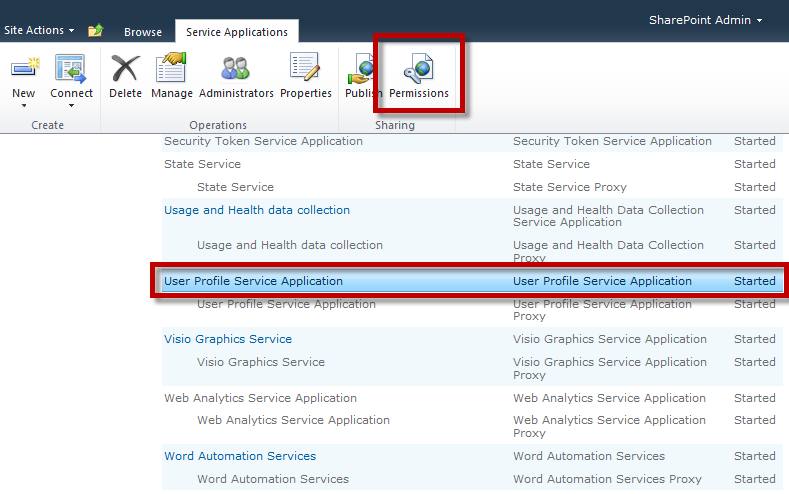 You will need to make sure that the account you’re using is granted ‘Full Control’ under the ‘Permissions’ tab as shown in the screenshot below. 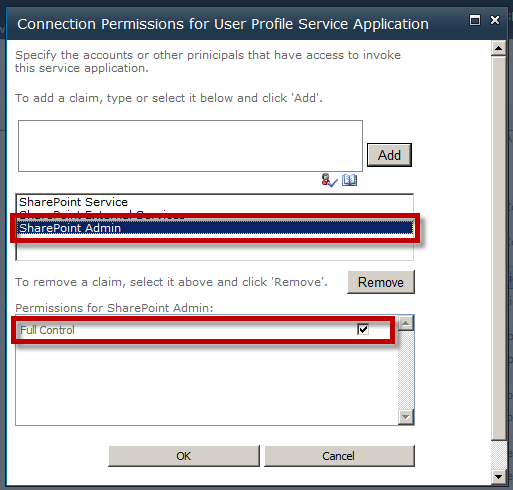 Hopefully after granting the account ‘Full Control’ you should be able to execute the script.